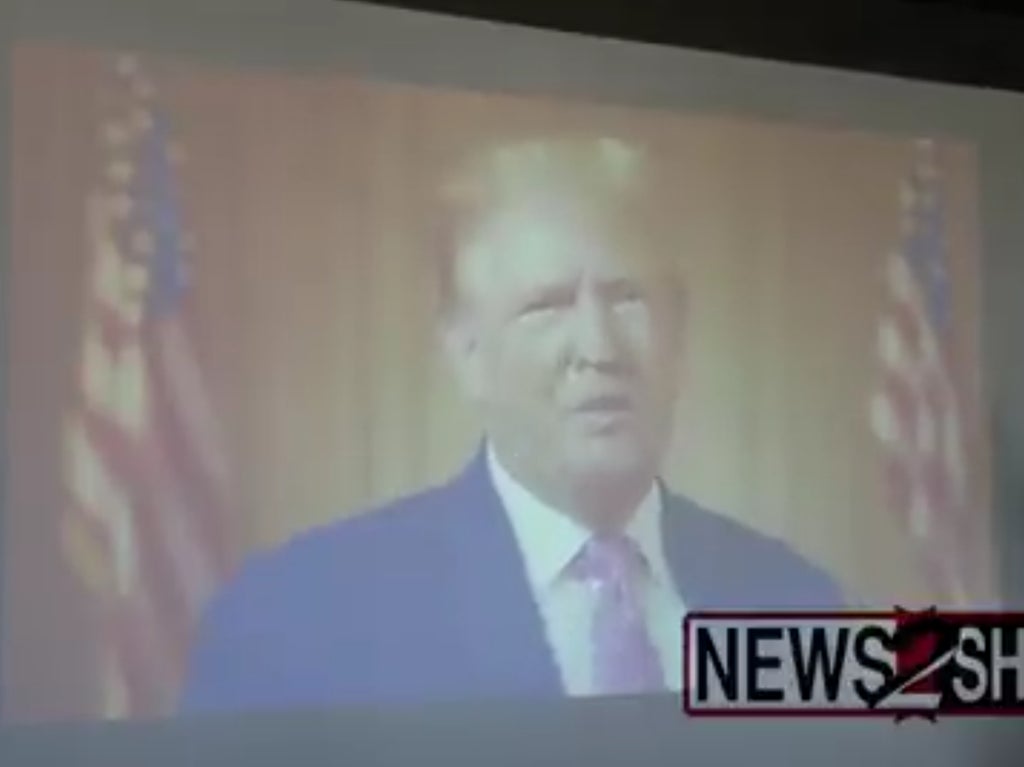 Donald Trump has been filmed in a video message for Ashli Babbitt, who was killed while rioting in the US Capitol in January, on what would have been her birthday.

The former president told family and friends of the accused rioter that she was “incredible” and a woman who had fought for America in a surprise video to a birthday commemoration rally in Texas on Sunday.

Ms Babbitt was one of five people killed inside the Capitol as it came under attack by hundreds who backed Mr Trump’s false allegations that last November’s election was stolen.

According to News2Share reporter Ford Fischer, the “Texas Loves Ashli Babbitt” rally was held in Freeport, Texas, on what would have been the rioters’ 36th birthday.

It was attended by her parents and widower. Her mother told the crowd that House speaker Nancy Pelosi can “f*** off and die” because of her calls for an inquiry into the riot.

She went on to claim that “the Capitol police are not police”, and that she had “hours” of video footage that would “incriminate” the force and the FBI in the death of her daughter.

Ms Pelosi’s House select committee investigating the 6 January riot is ongoing and has issued 11 subpoenas to close aides of the former president. It is moving forward largely without Republican backing.

Summoned figures include Steve Bannon, the former editor of Breitbart and Mr Trump’s former campaign chief, who has informed the committee that he will not appear before it.

Mr Trump, who has frequently defended accused rioters, told the “Texas loves Ashli” rally that Babbitt was “a truly incredible person” and that “there was no reason Ashli should’ve lost her life that day.”

He went on to say that “we must all demand justice for Ashli and her family” and called “for a fair and nonpartisan investigation into the death of Ashli Babbitt”.

In April, a justice department investigation into her death found that there was no wrongdoing by the officer who shot Babbitt as she broke through a hallway near the Senate chamber, surrounded by rioters.

Republican representative and Trump ally, Paul Gosar, also took part in the rally and told the audience that he continues to demand answers “as the family and indeed all Americans deserve full transparency and accountability surrounding the murder of Ashli.”

Babbitt, who served in the US Air Force between 2004 and 2016, allegedly wrote on Twitter the day before her death that: “Nothing will stop us…the storm is here and it is descending upon DC in less than 24 hours …. dark to light!”

She was believed to have turned to right-wing conspiracy theories including QAnon after leaving the air force, and was a backer of Mr Trump.

Previous My Personal Experience with Cannabis Synthetics
Next Vape Cart Reality: Is It Real, or Is It Fake?