The return of in person events is a real sign that the world is emerging from the Pandemic isolation we have endured for the last couple of years.

The last CBD show  we attended was at the NEC in Birmingham during the time of peak CBD. That was before the real implications of Novel Foods registration took hold, and just  before lockdowns started. This first show back was at a poorly signposted  Olympia in London at the time of peak novel foods frustration. The backdrop of the show was the Food standards Agency (FSA) publishing its first iteration of the  Novel foods accredited applications. That is a list that just says the companies have submitted the correct information for the FSA to adjudicate on a products safety. Featuring on the list is a big deal for companies because it means their products can stay on sale until the final decision is made.

The Novel foods list is a critical index for the CBD industry and the CBD show had a star attraction, a one on one public appearance of Paul Tossell, the Head of Novel Foods at the FSA to defend the list and take questions. The stage was set for companies that had spent 6 figure sums to get accreditation but did not yet appear on the list, to ask serious questions!  Tales of legal challenge filled the air and his appearance was the talk of the show. To his credit Mr Tossell did answer the questions and highlighted some of the issues.

The Show itself was a shadow of the pre pandemic events with a reduce number of exhibitors and what appeared to be less footfall, all directly traceable to the Novel foods mismanagement.

A lot has happened since 2019 when Novel foods was a dot on the horizon of the industry. Now at this show the Novel foods regulation was coming into sharp focus and the reality of the situation means the pause the industry went through is hopefully coming to an end. The uncertainty the media threw into peoples minds about the “wild west” CBD industry should finally be fading away.

The new regulatory regime will mean the industry can develop from these new foundations and drive forward with exponential growth, provided of course, full spectrum products are fully authorised because they are the product of preference for many customers.

This new generation CBD show was a snapshot of the industry with major brands missing and many of the smaller sellers leaving the industry.

That’s not to say there were not major highlights in the show.

We met the Cannabis trades association team who said the industry was really starting to move forward in 2022. The CTA chief operating officer Marika Woods highlighted that the CTA had actually got the FSA to reopen the novel Foods list. Glaring omissions for some of their members meant they really pushed back on the FSA. This shows the power of Trade associations when dealing with government red tape. They can go where no individual companies can reach.

The show also saw one of the strongest supporters of The Extract exhibiting. The team at Poko did a great job with a great looking stand. The products at Poko really do stand out from the crowd, my daughter swears by them and is never without their face cream.  But don’t take my word for it. The product range has been really well received by public, reviewers and influencers alike. Poko has gone from strength to strength since its launch with many stores in Ireland and the UK stocking the full range of personal care products. 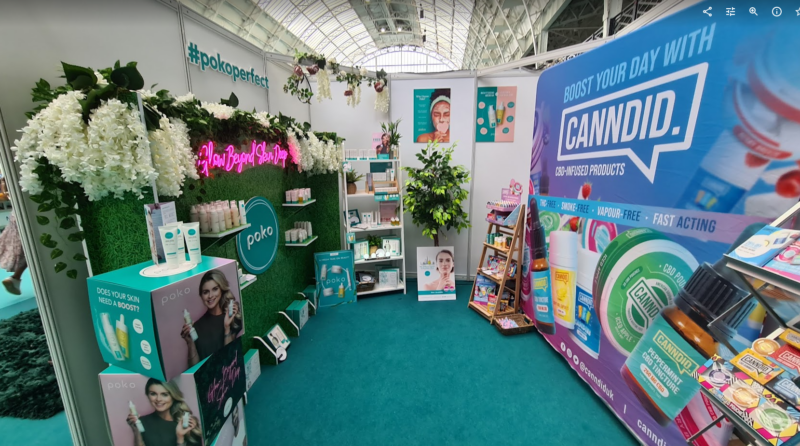 Then there was the Merlin, a really interesting device, this personal desktop extractor, a 3 D printed Danish invention is the forerunner of what’s to come as the Cannabis industry grows. Innovation is the key to 21st century cannabis. The Merlin sits on your desktop and will take your botanicals and extract the very essence of them. The device has the potential to revolutionise the extraction of essential oils and  help medical patients get the best benefit from their prescriptions. We are waiting to see if the Merlin can extract residual cannabinoids from the flower that has already been vaporised. This would be a game changer and double your bang for your buck. Watch this space. 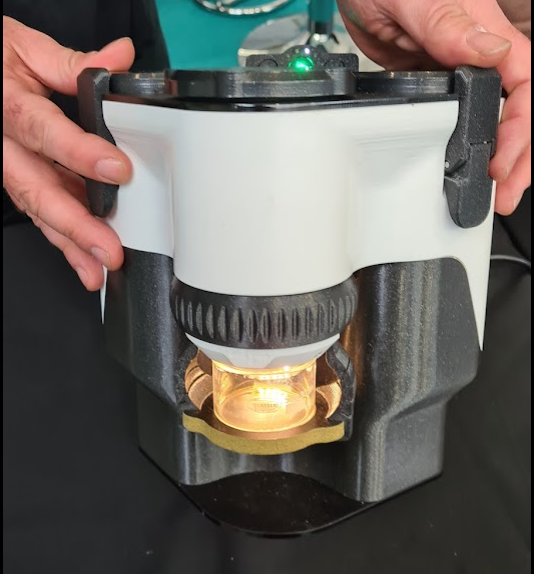 The Purplpro was another really innovative device for the future as the expansion of Cannabis access happens in the UK. This handheld device uses a near infrared spectrometer sensor to measure the cannabinoid content of herbal material or with an upcoming software update the measurement of  cannabinoids in an extract will be possible. We also came across  Willow a fascinating Californian start-up that operates in the new sphere of cannabinoid production.

Willow Chief scientific officer Simon explained the concept to us. Essentially the company can programme yeast to replicate a target molecule. Willow can then brew vast quantities of the molecule in big vats when production is scaled with associated cost reductions. This production technology has a number of advantages over traditional plant grown cannabinoids in its scalability and targeting. The company has so far developed the technology to produce  CBD, CBG, CBGV, THCV & CBDV. The reason this matters is that the cannabis plant produces a huge number of cannabinoids with the UK recognising 97 but progressive countries like Israel recognising over 147. A lot of these molecules are only trace elements in the plant. 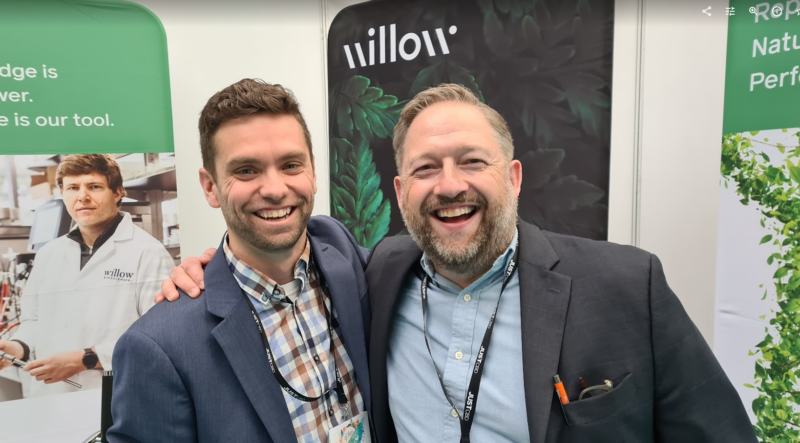 The technology Willow have developed will allow companies to replicate industrial quantities of the most minor cannabinoid for research and development. There are untold treasures in the myriad of cannabinoids that research is only just starting to understand. The production technology that willow offers could be the key that unlocks the treasure trove.

CCell technology. The vaping of CBD is now coming back into vogue as the vape products sit outside of the Novel foods regulation and have been able to continue without the regulatory issues surrounding ingestible products. The C Cell technology has proven to be the world leader in liquid vapes. The ceramic cores provide the ideal way to vape CBD products. 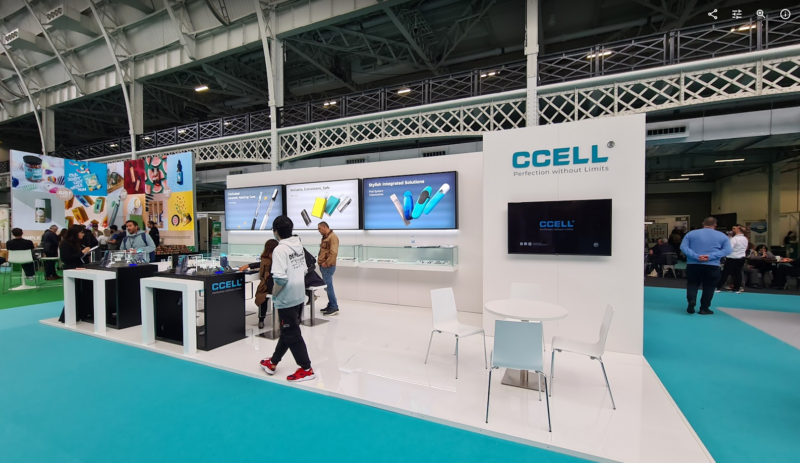 The big stands for manufacturers like Taylor Mammon and Just CBD filled the center of the hall with product ranges that had made it through novel foods. There was a lot of interest and crowds gathered around talking over the future opportunities that the new legal foundations novel foods would present to companies and customers alike.

The future of CBD and regulated cannabinoids should become a lot clearer in the coming quarter as the dust starts to settle on the initial scramble to make the novel foods list. 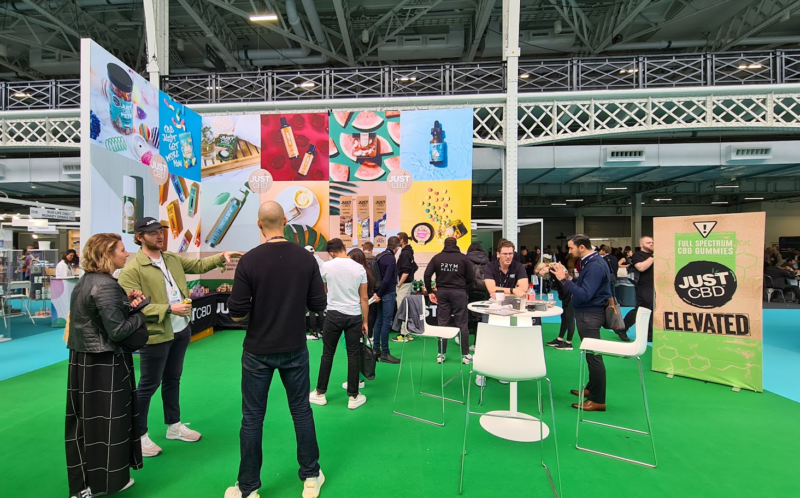 It should be noted there were also new brands emerging that had big marketing budgets and name recognition behind them. It remains to be seen how successful they will be in the new world.

It was great to be back in person and see the cannabis industry emerging from the shadows of the pandemic and the upheaval of the last 2 years.

Welcome back every one.