Gabby Petito: Coroner denies theory that she was pregnant 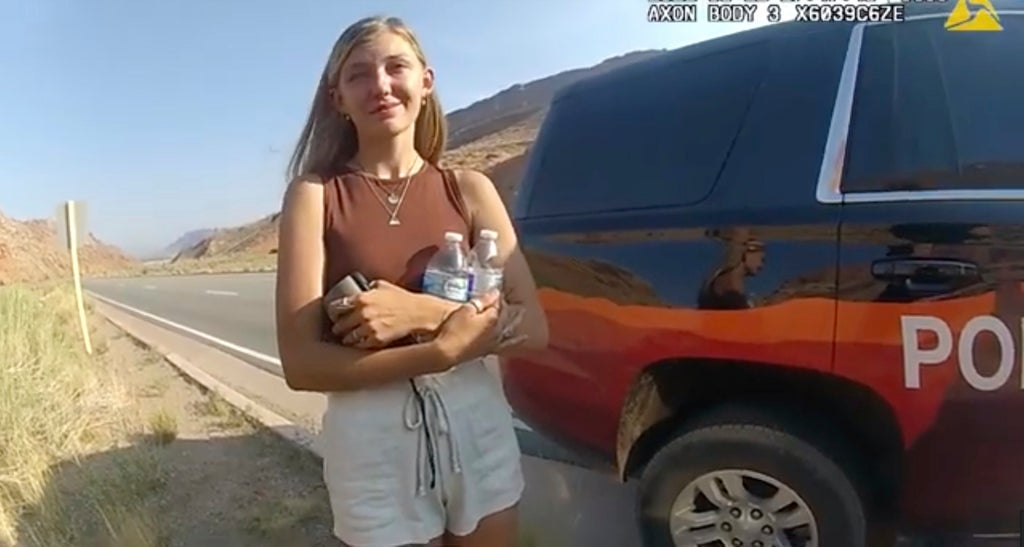 The Wyoming coroner who performed the autopsy on Gabby Petito has denied a theory that she was pregnant before her death.

Dr Brent Blue, the coroner of Teton County, told reporters on Tuesday that Ms Petito’s death was caused by strangulation.

The coroner rejected the idea that Ms Petito was pregnant at the time of her death as online rumours have wrongly suggested that she was with child.

The vlogger’s remains were found at a campsite near Grand Teton national park in Wyoming on 19 September and Dr Blue estimated that she had died around three to four weeks before her body was discovered. He said that the body was “in the wilderness” while she was missing.

The 22-year-old’s fiance, Brian Laundre, remains on the run and is a person of interest in the investigation of Ms Petito’s death.

The Laundrie family lawyer, Steve Bertolino, issued a statement following the announcement of the results of the autopsy.

“Gabby Petito’s death at such a young age is a tragedy,” he said. “While Brian Laundrie is currently charged with the unauthorized use of a debit card belonging to Gabby, Brian is only considered a person of interest in relation to Gabby Petito’s demise.”

“At this time Brian is still missing and when he is located we will address the pending fraud charge against him,” Mr Bertolino added.

Mr Laundrie and Ms Petito moved to Florida two years ago after meeting in New York. They were about two months into a four-month cross country road trip when Ms Petito disappeared around 27 August.

Previous Vape Cart Reality: Is It Real, or Is It Fake?
Next NEW: High-Potency THCO Gummies – CBD Testers