CBD Has Been Proved To Change Lives And That’s A Fact!

CBD Nerd CBD News Comments Off on CBD Has Been Proved To Change Lives And That’s A Fact! 355 Views

We spoke to Jade Proudman – founder of Savage cabbage, find out how CBD changed her life!

Jade is a revelation and not what you would expect at all for one of the leading lights in the UK cannabis industry.

A young lady who due to serendipity was in the right place at the right time. The universe does work in mysterious ways. Jade was working in social work and enjoying life, until she started facing debilitating and life changing health issues that became increasingly worse, to the point she seriously considered how to check out of life altogether.

Dr Gupta showed the world, for what was really the first time, the huge impact cannabinoids could have on someone who suffered with epilepsy. The program inspired Jade to take action, sending the most important hail marry tweet of her life.  Jade made contact with Joel Stanley, one of the seven Stanley brothers, who in Colorado, where law allowed had actually used the cultivar of cannabis called hippies disappointment to help Charlotte. The success in helping Charlotte reduce the 300 grand mal seizures a week she suffered meant hippies disappointment was renamed in her honour. The CBD rich Cannabis oil gave Ms Figi a quality of life that been unimaginable before. Each of the daily seizures that shook the little body of charlotte could potentially be life ending, but the situation changed as Charlotte’s web oil took effect the seizures reduced to a handful a month bringing so much joy and stability to Charlotte’s family.

The revelation the CNN documentary presented to the world helped turbo charge the change in the way we see Cannabis and kickstarted the global industry that the Stanley Brothers have always been at the forefront of.

The Stanley brothers sent Jade a care package that transformed her life within hours and set in motion the ripples in wellness that have affected so many in the UK since.

Jade was an immediate convert to cannabinoid therapy and wanted to ensure she got more supplies. The problem was the Stanley Brothers were set up to deal business to business and not direct to Consumer. Jade and Leslie discussed the possibilities and saw the opportunity to help others find the relief that Jade had. Both knew nothing of creating a business so over a weekend brainstormed the idea. Eventually thinking of Devils Lettuce one of the many slang names for Cannabis in the USA they landed on Savage Cabbage. It was an immediate success and started to grow immediately as more people encountered the benefits of CBD & Cannabis. 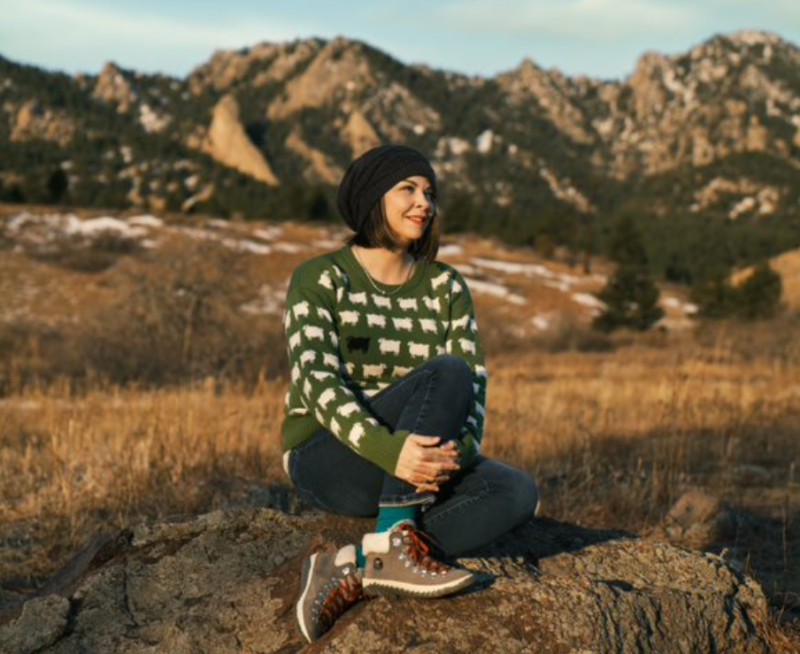 Savage Cabbage have weathered the storms of the tech giants removing support for Cannabinoids, BREXIT and most recently Novel Foods regulation. The whole regulatory base of laws around cannabis is changing all the time, all across the globe! This makes Jades job and that of her team who run a global Ecommerce business operating in multiple countries a constant challenge, but one they love because it helps so many.

Jade Proudman has recently been appointed a global ambassador for Charlotte’s Web, giving her a renewed energy following the pandemic. She is now traveling around the world to educate and inspire people to look at Cannabis in new ways.

Her new role allows her to look at the different ways that consumers can get access to cannabis. She really feels the Dispensaries of North America are one of the best ways forward.

The fact that consumers can get access to dispensaries and talk to experts, while looking at the products available has shown the way forward.
Jade, like many others who can access dispensaries and try products have found that the psychoactive parts of Cannabis -THC do not really suit her. It must be emphasised Cannabis is not one thing but a multitude of possibilities.

Jade lives her best life when able to fuel her endocannabinoid system in the way she knows works best for her.
The real Insight she has gained from travelling is being channelled into the UK approach to regulation.  Jade is an advisor on the All-Parliamentary Group looking at CBD & Cannabis. She now has the opportunity to present the case for the economic and harm reduction policies that government would need to enact to create the huge tax income stream many States have seen.

Jade and Savage cabbage have made it through the first phase of the Novel foods listings which is a real relief. The team is now focused on developing the product range and bringing a wider understanding of the benefits of Cannabinoids to the world.

For Jade and many others CBD, Cannabinoids, terpenes and flavonoids the many constituent parts of “Devils Lettuce” have transformed their wellbeing and dramatically improved their lives. Cannabis is now front and centre of a wellbeing and health revolution that the Covid pandemic has only accelerated.

The journey from those years lying in bed searching for a life ending exit strategy to now, where Jade is running a multinational company has to say the least been a roller coaster.