CBD Franchises Are Booming. But How Long Can They Last?

CBD Nerd CBD News Comments Off on CBD Franchises Are Booming. But How Long Can They Last? 274 Views

This story appears in the
January 2021
issue of
Entrepreneur. Subscribe »

Lauren Lerch witnessed the unthinkable: She was at a Las Vegas music festival in 2017 when a gunman opened fire and killed 58 people. Lerch escaped physically unharmed, but the experience gave her PTSD. “I’d hear a car backfire and I’d hit the ground,” says the 37-year-old California mother of three. She struggled with depression, anxiety, and panic attacks, but medications only made her gain weight and feel disoriented.

That’s when a friend mailed Lerch a CBD tincture. “After three weeks of taking the product, I woke up one day and I was like, God, I almost feel normal right now,” Lerch recalls.

As the symptoms of her anxiety began to fade, Lerch grew increasingly interested in CBD. The hemp-derived compound — CBD is shorthand for cannabidiol — ­­is being used to treat sleeplessness, pain, depression, and a host of other common ailments (though the actual science on CBD’s effectiveness is still in early stages). Lerch wanted to help other people like her and found an opportunity to do so: She became a franchisee of one of the leading CBD retail franchises, Your CBD Store. “I didn’t get into it originally for the business opportunity,” she says. “It can be overwhelming walking into a shop and having so many options. I loved the fact that I could provide a personalized experience and connect with customers.”

Whether it’s to help others or to cash in on CBD’s surging popularity, many people are following Lerch’s path. Franchising in the space is growing rapidly, as the CBD industry as a whole is estimated to reach $20 billion in sales by 2024. The two largest stores, CBD American Shaman and Your CBD Store, both launched in 2018 and have grown to 319 and 550-plus units, respectively. (Your CBD Store started with a licensed distribution model but is converting its system to franchising.) Meanwhile, at least six new franchises launched in the past year.

But despite the early success, questions loom about just how sustainable this growth is.

First, there’s the question of trust. Awareness of CBD is high, but consumers are still learning about it. In a survey from Morning Consult, roughly a third of people claimed that CBD was “very” or “somewhat” similar to marijuana (it’s not), and 39 percent either thought it was illegal or didn’t know (it’s legal across America). That confusion, coupled with explosive sales, has created a snake-oil mentality for unscrupulous sellers. A recent FDA study found that half of the CBD products it tested were inaccurately labeled — usually because they had too little CBD, and some even contained THC, the compound in marijuana that makes you feel high.

That confusion can be bad for consumers, but retailers see it as an opportunity: They can present themselves as the trusted experts. To that end, CBD franchises all offer some sort of vetting that goes beyond what a customer might generally find online. “Everything we sell is third-party-tested,” says Joe Griffith, the franchise wholesale liaison for Your CBD Store. “We even have 25 to 30 SKUs that are USDA organic.” 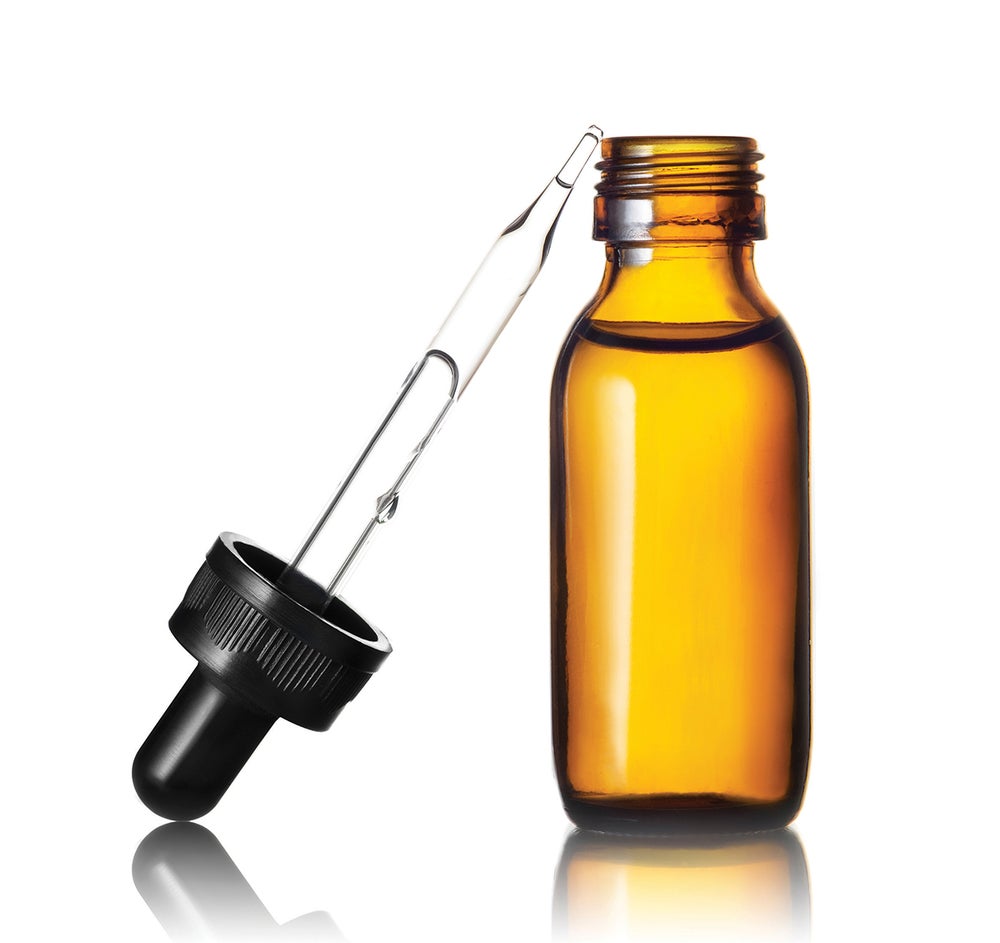 The companies train their people to answer questions and guide customers through the frustrating selection process. CBD American Shaman requires its franchisees to complete 37 hours of training, while Your CBD Store connects its newcomers to veteran store owners who can educate them on the products. “If I can go to my local CBD franchise, then I can develop a relationship with a knowledge base,” says Benjamin Litalien, principal of Franchise Well, a consulting firm.

But even if customers become savvier about the product, the CBD franchising industry still faces another hurdle: Are brick-and-mortar stores really sustainable? Consumers increasingly make retail purchases online, after all — and that generally goes for supplements, too. Look at GNC: For the first quarter of 2020, the titan of pills and potions declared a $200 million loss. Then it filed for Chapter 11 bankruptcy protection in June. In a pre-COVID-19 survey of more than 2,000 adults, 45 percent of CBD users claimed to have made purchases via online stores, while only slightly more (48 percent) bought CBD in real-world specialty shops. And a recent report from the Brightfield Group found that the pandemic pushed even more consumers online.

Related: So You Want To Open A CBD Store? Read This First

That doesn’t seem to bode well for brick-and-mortars, but CBD franchises have been anticipating the shift — and offering reasons for franchisees to sign on anyway.

First, they’re providing legal services. CBD isn’t an easy business to get into. Although the 2018 Farm Bill legalized the compound, it’s still governed by a patchwork of confusing and often hyperspecific state-by-state laws. Some states even mandate that CBD-infused gummies have to be square-shaped. Given all that, independent-­store owners might run afoul of laws without knowing it — leading to fines or a shutdown. But the CBD franchises provide guidance through the regulatory land mines and then offer varying degrees of protection from liability.

The franchises also offer a form of financial protection by cutting franchisees in on e-commerce sales. Your CBD Store, for example, gives each franchisee a unique web page, and they earn half of every sale that runs through it. CBD Authority gives its franchisees 100 percent of those profits, and CBD American Shaman does the same — but only for customers who previously made purchases in the store.

Related: How to Start and Market Your CBD Company

No matter the deal, franchises are hoping that this gives the stores a dual purpose: They’re places to sell products, of course, but they’re also places to educate. If a store owner can introduce CBD to consumers and guide their first purchases, they’ll be able to earn money on that consumer no matter how they shop in the future.

That means, in theory, franchisees don’t necessarily need heavy foot traffic to make money. They just need to convert people into loyalists of their brand, and as long as the industry keeps growing, they can expect a steady trickle of newcomers to walk in asking for help. “CBD customers want to be able to talk to someone in person,” says Lerch. “And we will forever be here to serve them.” In fact, Lerch’s first store was such a success that she has already opened two more.